Mergers and Acquisitions Fee Guide is a survey conductedto assess the insights and opinions of over 470 investment bankers. Here is the key information presented in this guide.

The survey was run between November to December 2018 and generated responses from almost 700 participants. 70% of them were either investment bankers or mergers and acquisitions advisors. Only the responses from participants directly responsible for decision-making were included, arriving at a final total of 471 participants.

Although a significant percentage of those surveyed are from the US, perspectives are included from advisors all across the world.

Forms of purchase price included in the calculation

Earnouts were the most significant form of purchase price consideration used by investment bankers and M&A advisors in their success the calculations, at 76%. Next in line was assumption or payments of debt by the purchaser, at 61%. There is also stock of the purchasers at 56%, and seller notes at 52%. Least common considerations were assets retained, at 31%, rolled over equity at 46%, and working capital adjustments at 51%.

Would you reduce fees?

A little over half of respondents, 53%, said they would consider reducing success fees with a prospective purchaser identified by the vendor. The reasoning is that part of their effort is eliminated if the vendor brings the other party to the table. 47%, said a reduction of fees was not an option to do business with them.

Most advisers surveyed worked on a fairly small amount of deals across the calendar year. Only 17% said they completed over 16 deals a year. A full 42% reported working on one to five deals, and another 28 and 11% respectively said they worked on between 6 to 10 or 11 to 15 deals per year. Less than 2% of advisors reported working on less than one deal per year.

Only 4% of participants said their firms minimum transaction size was over $100. 96% of investment bankers focus on midmarket deals of less than $100 million in value. Interestingly, 37% of respondents reported their firm is willing to work on deals less than $5 million in size as well.

Success fees vary quite a bit depending on the region. In the US Pacific area, fees are typically 2 to 4% for a $50 million deal. However in the Northeast, success fees are less, at around 1 to 2%. The report suggests that advisors need to understand what the local market accepts when considering what fees to charge.

Skilled percentage success fees are those that increase as the deal size increases. 45% of respondents suggested that they used this fee structure in their deals.

Earnouts were also commonly used, with 76% of survey participants indicating some sort of earn out agreements were used in their deals.

Fee tails are a type of provision included in the initial engagement letter for investment banking services. It stipulates when the investment banker is entitled to the full fee originally agreed to. 41% of respondents indicated their fee tail to be 24 months long. 37% said they use a one year fee tail.

The M&A advisors and investment bankers we surveyed were almost evenly split regarding when they take payments. 54% expected payment in full at closing. 46% expected to be paid based on milestone attached to when certain components of the deal were achieved.

Business owners will find this guide, helpful as it allows them to understand the nature of competition in the mergers and acquisitions market.

Some general thoughts taken from the survey include the following:

1. Deal flow numbers are consistent with the experiences of the authors.

2. The data seems to support the premise that current fees being asked and paid for are acceptable and stable.

The majority of respondents are in agreement with the overall trends presented in the report. 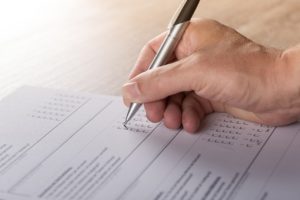