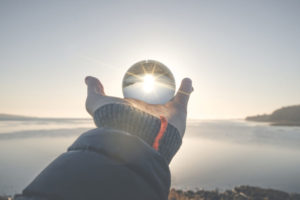 The terms acquisitions and mergers in the financial world have been used interchangeably though they have a slightly different meaning in the formal sense. When one organization takes charge of another entity through purchase, then that is an acquisition. Legally, the bought-out company no longer exists as it is absorbed into the buyer’s company. Typically the bought-out company will no longer sell shares while the purchasing company continues to trade as it did before.

Conversely, the merger is the joining of two companies that are of a similar size to form a new entity that is operated and owned under one company. The common name for this is “merger of equals”. Both companies’ stocks will stop being traded as the new company issues stocks in their stead. For instance, when Chrysler merged with Daimler-Benz both companies ceased to exist as they became one company – Daimler Chrysler. Purchase deals can also be referred to as mergers when the management of both companies agree that it would be beneficial for both businesses.

A deal where the target business has no wish to be sold to another company is usually referred to as an acquisition. As such, the classification of a purchasing deal as acquisition or merger depends on the manner of announcement, and whether the takeover is hostile or friendly. In essence, the difference is in the manner of communication of the deal to shareholders, employees, and board of directors.

Classification of Acquisitions and Mergers

The following are the types of deals that may be considered mergers and acquisitions:

In the case of a merger, the board of directors of the two companies is consulted and once they approve of the deal they seek the approval of the shareholders. Once the merger is done, the bought company no longer exists as it is subsumed in the purchasing company. For instance, Digital Computers ceased to exist when it was bought by Compaq in 2007.

Simple acquisitions typically involve the purchasing company buying a controlling stake in the purchased business, whose legal structure and the name remains the same. For instance, Manulife Financial Corporation bought majority shares in John Hancock Financial services but both companies continued to operate under their original legal and administrative structures.

The creation of a new company is what is referred to as consolidation. It is a process that needs the approval of both companies. Before the deal is approved, the shareholders get common equity stock in the new entity. For instance, Traveler’s Insurance Group and Citicorp consolidated their companies to form Citigroup in 1998.

A tender offer deal is where a company offers a certain price for the remaining shares of another company. In such a deal, the purchasing company goes directly to the stockholders, circumventing the board of directors and management. For instance, Johnson & Johnson made a bid to buy Omrix Biopharmaceuticals for $438 million in 2008. In most instances, the purchasing company continues to operate as before but since tender offers usually result in dissenting shareholders, most will turn into mergers.

These deals usually involve one company buying the assets of another. The company that is selling its assets needs to get authorization from the shareholders. This is most common during bankruptcy, where other businesses bid to acquire the assets of a bankrupt company that is to be dissolved once all assets have been disposed of.

Such a deal sometimes referred to as a management-led buyout (MBO), involves the management of a company buys the majority position in another corporation to make it private. Most executive-led buyouts involve a partnership with previous company executives or financiers who provide the funding for the purchase. Since such deals are heavily financed with debt, the deal needs the approval of shareholders. For instance, Dell was acquired by Michael Dell its chief executive in 2013.

How Mergers are structured

There are several ways for mergers to be structured depending on the relationship between the businesses seeking to enter into such a deal.

1. Horizontal Merger – Merger of two companies in the same market with matching product lines that are competing directly with each other.
2. Vertical merger – When a company and a supplier or a company and customer merge into one company.
3. Congeneric mergers – companies that share a consumer base though they provide different services. For instance, a cable company merging with a TV maker.
4. Market-extension merger – Businesses in different markets selling matching products
5. Product-extension merger – Corporations in the same market selling related but different products
6. Conglomeration – Corporations with no commonality whatsoever

Mergers could also be classified according to the financing methods and the effect on the existing shareholder:

Similar to mergers in acquisitions, the purchase may be made with stock, cash or a mixture of the two. Smaller deals may sometimes involve one company acquiring all of the other company’s assets, leaving it a shell that either has to venture into new areas of business or liquidate.

In “reverse mergers”, a private company may become listed in a very short period. It typically occurs when a private corporation that needs to get financing for its promising growth prospects purchases a publicly listed corporation with limited assets and very little business operations. Once the merger occurs, the private company and the shell company become one company that can trade shares.

The Valuation of a Company

The valuation of the company by the parties on either side of the M&A will typically differ. The buyer will typically want to get the most from their asset even as the purchaser will be interested in buying at the lowest price they can get. Thankfully there are established protocols for valuing a company that includes: